Includes a download of the album The Lost Year Part 1
Your price
$9.99

Consider sending a virtual tip! This will help us keep making music together. 100% goes to DGs.

Enter the amount you wish to donate

Share this
New Single "Inside Your Blue" Coming Soon!<title>

Winning awards and playing to sold out shows across New England and beyond, the Boston based Delta Generators have made quite a name for themselves since hitting the scene in 2008. Their music brings together their diverse musical influences, drawing on the traditions of Blues, Roots, R&B, Americana and Rock to create a sound uniquely their own.

The band is comprised of front man, Brian Templeton (formerly of the Radio Kings as well as collaborations with such notables as Jerry Portnoy, James Cotton and Otis Grand Kings - on vox, harp and acoustic guitar) Brian also currently is the singer for the blues all-star band, The Proven Ones with Kid Ramos, Willie J. Campbell, Jimi Bott and Anthony Geraci. Brothers, Charlie O’Neal (guitar) and Rick O’Neal (bass). Rick and Charlie got their first break in their late teens to early twenties touring and recording for Ben Orr(formerly of The Cars). Rick also recorded and toured playing for guitarist Johnny A. for many years. Charlie also played for the band Must(Wind-Up/BMG) who had a top 10 song in the Billboard Rock Charts, toured with such acts as Aerosmith, Stone Temple Pilots, INXS and performed at venues from the Hollywood Bowl, MGM Grand Arena to the London Hammersmith Apollo. Jeff Armstrong(drums) and Charlie O’Neal also currently plays for Anthony Geraci and the Boston Blues All-Stars. Together the Delta Generators have blended the best of their best to bring their fans an unforgettable musical experience.

Since their inception in 2008 the Delta Generators have won awards, nominations and accolades across the country. In 2008 they won the Boston Blues Society Challenge and in 2009 were a top 10 finalists in the International Blues Challenge in Memphis, TN. They have been nominated for the Boston Music Awards, IBC (best self-produced album) and New England Music Awards  (Best Blues Band). Their first album, Devil In the Rhythm, won the Vox Populi category at the Independent Music Awards, and Worcester Magazine named them Best Blues Band.  They have also shared the stage with a host of Blues legends including Robert Cray, Jimmie Vaughn, Walter Trout, Sonny Landreth, John Lee Hooker Jr, Johnny Winter, Three Dog Night and many more.

The DGs have also had their music placed in TV and film, including their song Way Down as the theme song to the Netflix series Yankee and many more songs placed in the United States and all around the world.

The Delta Generators have released four studio albums - Devil In The Rhythm, Hard River To Row, Get On The Horse, and Hipshakers and Heartbreakers(featuring original front man Craig Rawding), and one live album, Live At The Spire (with Templeton).  They are currently working on recording another full length album and hope to have it out early next year.

We're back! Playing in NH and MA this weekend!

Delta Generators are back! This Saturday, August 7, we're heading to Mason, NH for Blues on the Range Festival, presented by Granite State Blues Society

Veronica Lewis band and Monster Mike Welch headline. Plus performances by Delta Generators, The Barrett Anderson Band, Frankie Boy and The Blues Express, Callithump, and Ms. Vee. Doors open at noon, rain or shine. All ages welcome. Tickets are $25. You can purchase a ticket here.

On Sunday, August 8, we're heading to the South Shore to play an outdoor concert at The Moose Lodge in Braintree, MA. The concert is part of the club's new Sunday Fun-Day Music Series.

The event is out back and easily accessible to the public. Doors open at 2pm. Shaky Jake and the Blue Vibrations will kick off the show at 3pm.

Tickets are $10 per person. All ages welcome. You can purchase a ticket directly from DGs here.

We've spent the past year writing, recording, and getting everything ready for our next album. More news to come on that, soon! But for now, we are so excited to play live music for you again. We hope you can join us this weekend!

We're heading to the studio! 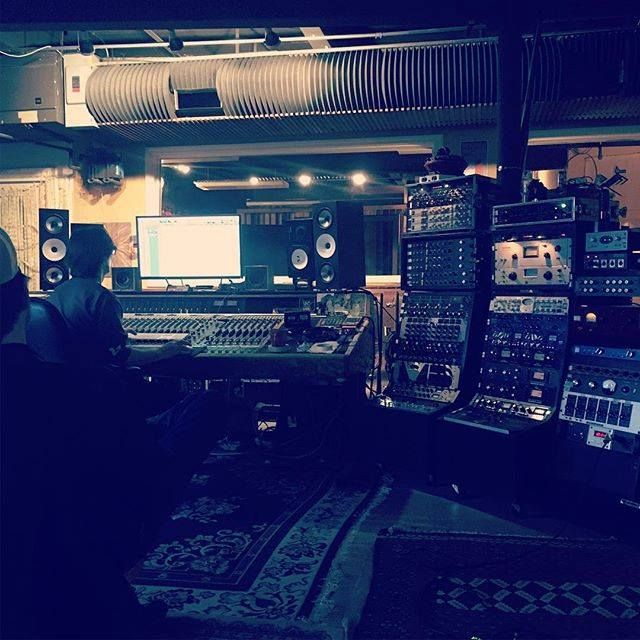 We're heading to Woolly Mammoth Sound in Waltham, Mass to work on our next album. It's been a while since we last visited Woolly Mammoth, so we are excited to return this weekend and work on some new songs for you. Hoping to share them soon!

“A fine mixture of American roots music, played by a band that respects the music. Make a point to check them out”

“5 Stars! This Boston based 4 piece joins the elite circle of blues-rockers that qualify as bona-fide triple threats.”

“Love it! Great recordings and performances.”